Posted at 19:34h in Fitness by Anastasia Allison 0 Comments 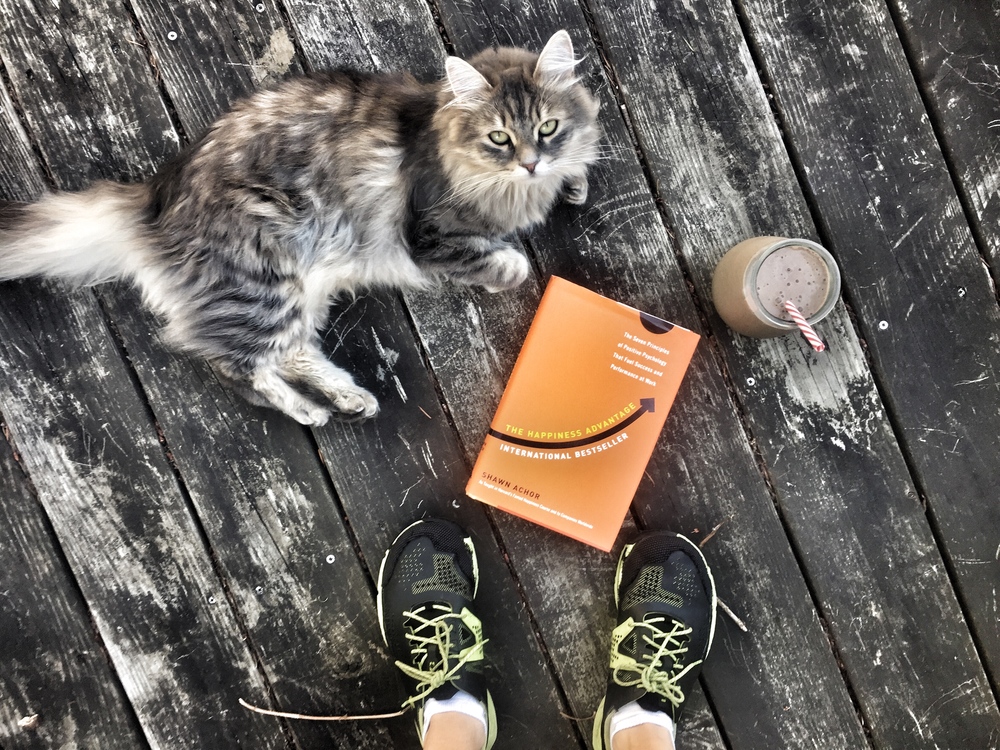 Starting the day with good intention – a workout, a good book, a healthy smoothie and, of course, an adorable cat.

I’m reading a book right now called “The Happiness Advantage” by Shawn Achor.  It’s a really good book, and the last chapter I read talked about a principal that he calls, “The 20 Second Advantage”.  He utilizes this technique when he wants to either become consistent with a good habit, or deter himself from a bad habit.  He used the example of working out, and said that he wanted to get into a habit of exercising regularly in the morning – but, what he found is that he would wake up and make excuses as to why he didn’t have time to get dressed and get to the gym.  So, to give himself the 20 second advantage, he started sleeping in his gym clothes.  And, guess what?  It worked.  He started going to the gym every morning.  Eventually, he didn’t have to sleep in his gym clothes anymore, because it became a habit.  The same is true for negative habits – he used the example of watching TV.  He was at a point where he was in a very bad routine of watching 3 hours of television every night, so he took the batteries out of his remote and placed them in the closet.  The next night, he sat down to watch TV, and remembered that the batteries weren’t in the remote.  That brief “interruption” into his regular daily routine gave him just enough of an edge to kick the habit – because honestly, it was just too much of a pain in the butt to go get the batteries out of the closet.

Reading this chapter was a lightbulb moment for me – it made me aware of things that I am already doing, and things that I am not doing.  Similarly to Mr. Achor, I NEVER used to work out.  Most people would not believe that, but honestly, I just could not motivate myself to do it.  I was exhausted, and simply had no desire.  I would always come up with excuses.  I wanted it to become a habit, so I started making appointments to meet up with friends to work out – which would “force” me to workout, even when I didn’t want to, because there was more accountability.  I joined a circuit training gym, and even though I work nightshift, I started laying my gym clothes out the night before so that I wouldn’t lie in bed and convince myself that I didn’t have time to go.  On the “bad habit side, I find myself (like many people), mindlessly perusing Facebook.  It annoys me when I do this, because I can literally feel my brain turning into mush, and it typically kills my productivity for the whole day.  After reading Mr. Achor’s chapter, I immediately deleted Facebook from my phone.  Now, I can only check it on a browser at a desktop (because I made a rule that I’m not allowed to look at it on the browser on my phone).  The lightness that I feel after “releasing” myself from the tomb of endless scrolling is quite beautiful.

With that mindset, I wanted to share my training regimen for the past week.

I was travelling for work, and the gym in the hotel actually had dumbbells – awesome!  I did this EMOM (every minute on the minute) using a tabata timer on my phone.  I used a 35lb dumbbell for the weighted squats, but you could modify by using no weight, or substituting jump squats : 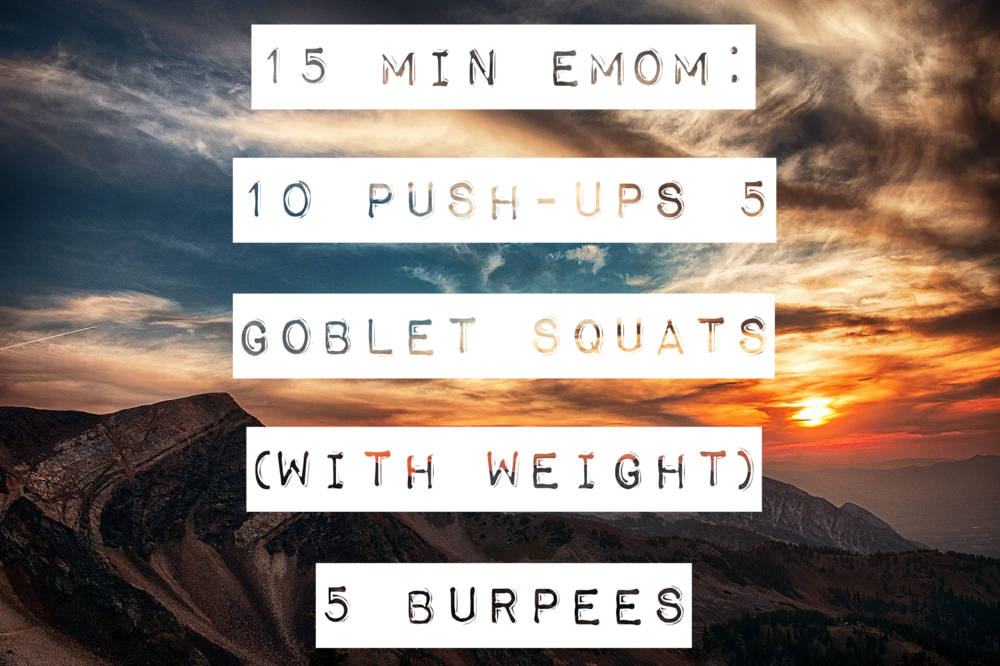 After that, I did 30-20-10 reps with increasingly heavy weights of:

And then 30-20-10 reps with increasingly heavy weights (I held two weights) of:

Sunday 8/14 – I found a fun dumbbell workout on YouTube and did it in the gym: 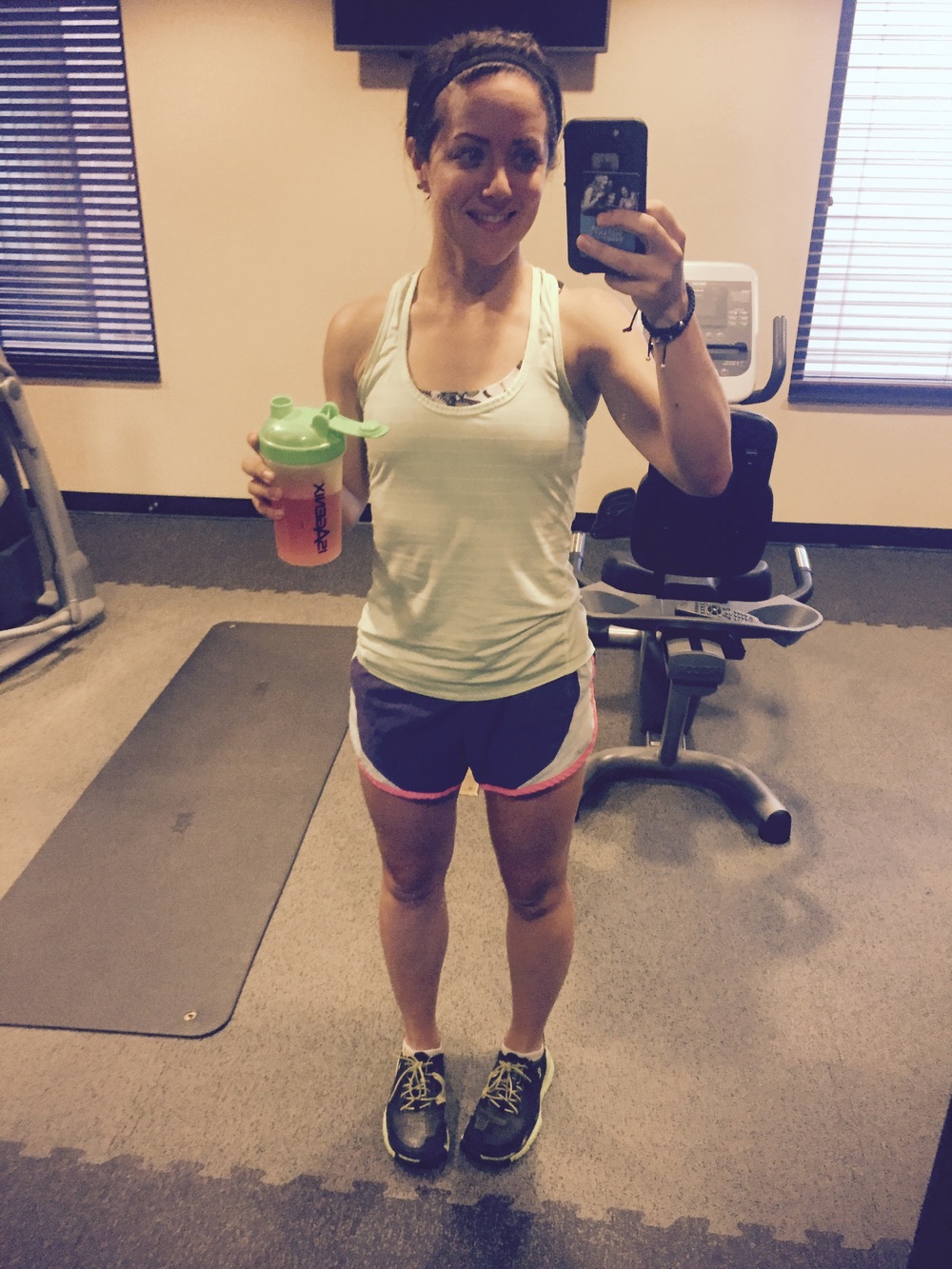 Monday 8/15 – Aaron and I went to our gym at home and we did a 45 minute HIIT circuit.  Circuit consisted of about 12 exercises (Kettlebell squat jacks, tricep kick backs, progressive sprint on treadmill, air jack/plank jack combo, bicep curl with bar, etc…) – 80 seconds each, 2 rounds.

Tuesday 8/16 – Aaron and I went to the gym and we did a 1hr weight bootcamp… the entire workout was completed wearing a 20lb vest, including a 1 mile run, it was brutal! 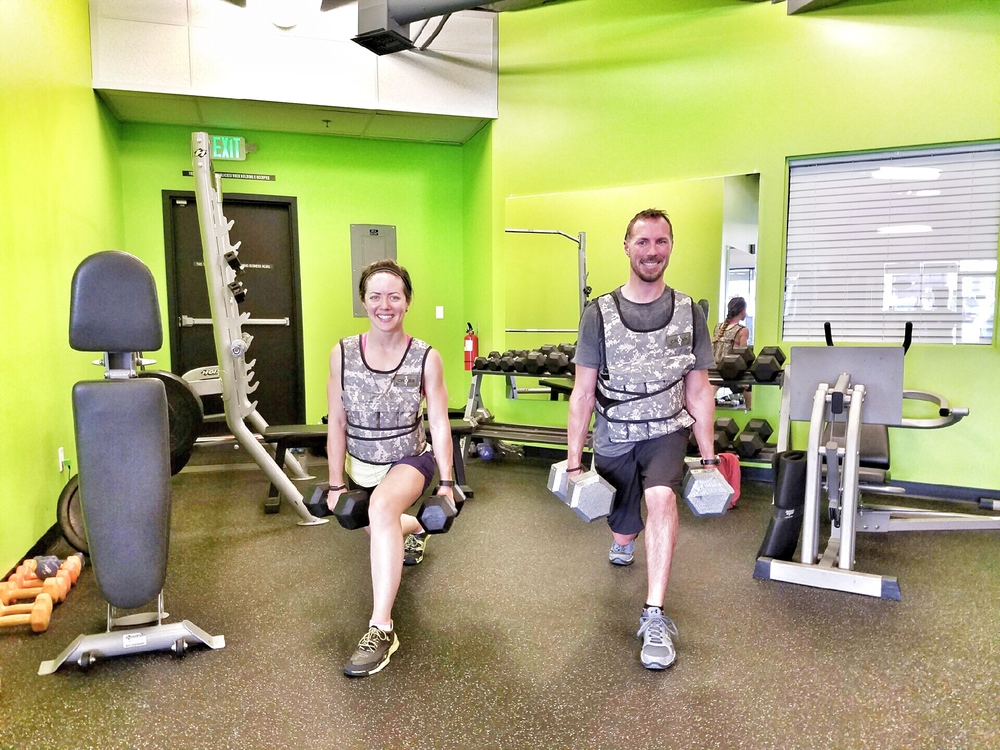 After our workout with the weighted vests, I asked our trainer to take a photo – I should have known better, because of course she made us hold an isometric lunge for the occasion (Aaron is holding 140lbs!!).

That is probably all I will do for the rest of the week (I’m going to be travelling), other than some walking and just general moving around.

For pre/post workout supplements I don’t do much – I typically drink a pre-workout that has a little bit of creatine in it (it does not make you bulky in the right portions), and sometimes a natural green tea/yerba mate energy shot (I work nights, so I need extra help waking up sometimes).  During/Post workout I drink BCAA’s (branch chain amino acids), which have helped TREMENDOUSLY with recovery.  If I forget to drink them, I am usually extremely sore.

Start your day with intention, not INTENTIONS.  “Intentions” means that you probably won’t actually do them, i.e. “Well, I had good intentions.”  “Intention” means you are going out with a purpose, and you’re going to accomplish the things that you set your mind to.  Put that 20 second advantage to work – what are good habits you want to develop and bad ones that you want to “kick”? 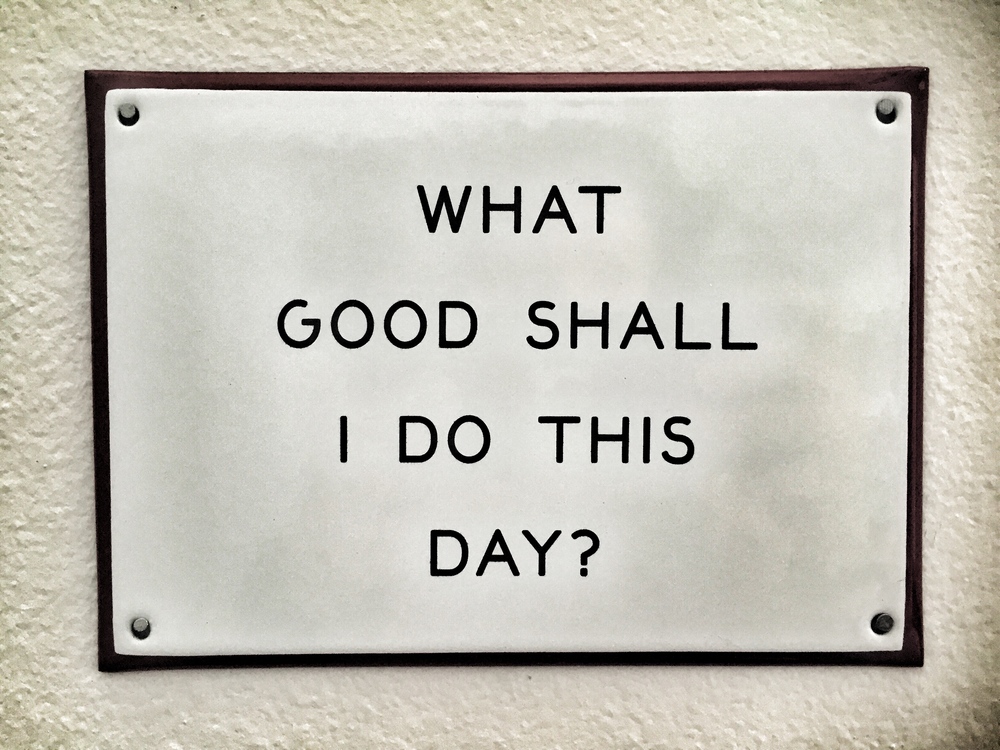 My dad gave me this, and I just love it!